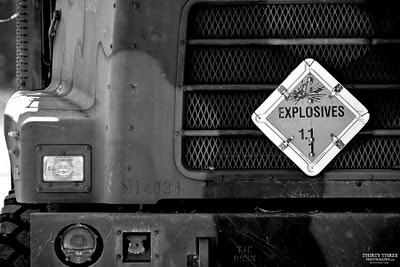 In October of 2010 I was tasked with documenting the aspects of a United States Marine Corps artillery battery as they operate in the field. As one would expect, the first day started out bright and early at 4:30 am. After a quick cup of coffee, we headed to Hotel Battery of the 3rd Battalion 14th Marine Regiment in Richmond, VA. Nearly 130 U.S. Marines prepared their gear and staged some twenty-three vehicles (including four 155mm M777 howitzers) into a convoy to make the fifty-five mile trip to the training grounds.

The maneuver training area was a 35,000-acre facility in the lower piedmont of southeastern Virginia near Blackstone, VA. The "open/broken" terrain is intermixed with patches of forest that closely resembles an eastern European landscape.The vastness of the facility allows units like the U.S. Marines’ Hotel 3/14 battery to maneuver and fire live, high-explosive artillery shells in order to improve combat readiness.

Upon arrival to the training facility, the Marines moved the convoy to the first objective. An advance party of Marines established security for the area and prepared to receive the main body of Marines. The main body consisted of MTVRs, Humvees, and the artillery, which moved into position after the area was secured. The different crews went straight to work on their appointed tasks of establishing the gun line, raising communications, setting up the fire direction center, sighting the artillery, and sending the forward observer team to an elevated position to monitor the target area. All the while I was moving through the terrain shooting each facet of the operations. 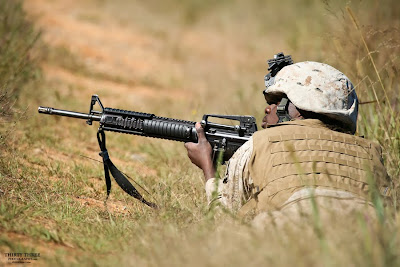 (A Marine maintains his field of fire while the advance party secures the area.) 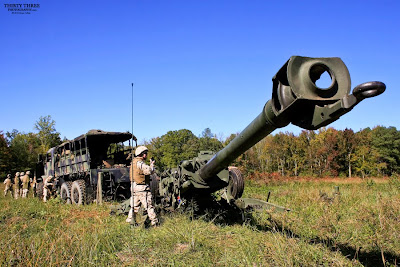 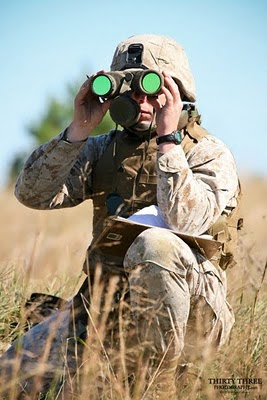 (Using a pair of binoculars with a special lens coating, a Marine forward observer scans the target area.)


The battery went through a number of training drills, packed up, set off to the next objective, and started the process over again. The third movement of the day was conducted under the cover of darkness. From this objective point, the battery would conduct the live fire portion of the exercise the following morning. One would think that moving a group of that size, in the dark, and having everything set properly in place would be a serious task. With the aid of night vision, communications, and survey equipment, Hotel Battery maneuvered into position with little difficulty and was set to spend a star-filled night in the field. 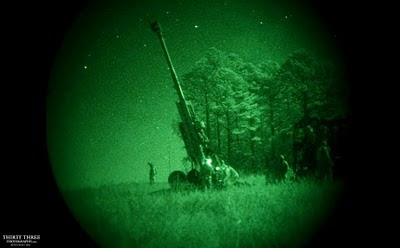 (A 155mm M777 howitzer set in place under the cover of darkness. This was shot by hand holding a night vision monocle in front of the camera's lens.)

First light was still an hour from breaking the horizon when the battery began to come to life the next morning. As dawn finally broke on that crisp October morning the Marines where conducting final preparations to begin firing live 155mm high explosive artillery rounds down range. 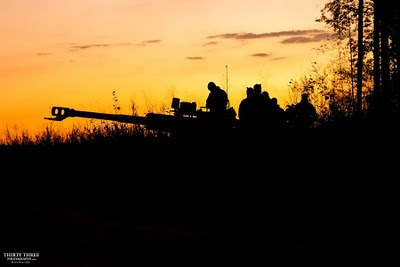 
The battery conducted its live fire throughout the morning. Once again, it was time to pack up and move the convoy, however, now they were going to be heading back to the reserve center in Richmond, VA 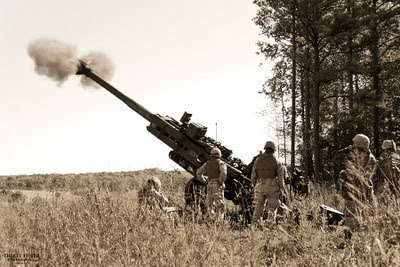 (The M777 firing a high explosive round to the target area.)

The shoot was a success! I captured the many facets involved during the maneuvering and engagement of a United States Marine Corps artillery battery. Not all of the aspects are “sexy” or exciting, however, each job is vitally important when the lives of their fellow Marines depend on the battery in combat. 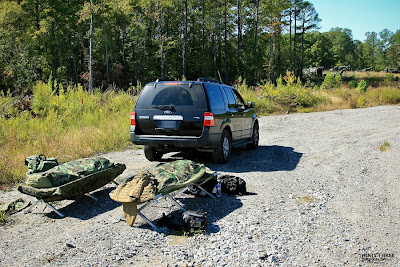 (My in field accommodations: a cot, a warm and dry sleeping bag, and a clear, star-filled sky the night before.)

You can view the images from the training on my website. The photo gallery is dedicated to my late grandfather Master Sergeant Howard G. Gray, USMC (Retired) who served in WWII, Korea, and Vietnam.
Special thanks to Lt. Col. Clark, Capt. Bailey, and the Marines of Hotel 3/14 for their hospitality and all they do for our nation. My images from the training will be fortunate enough to grace the halls of the Battery Headquarters in Philadelphia, PA as well as the United States Marine Corps Reserves Recruiting Center in Richmond, VA.

Posted by Brian Callan at 2:59 PM No comments: 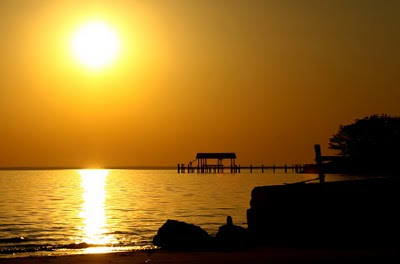 2010 started off a bit slow, but once spring rolled around things really took off. Initially I had intended to post more on the blog, but between shooting and enjoying the summer I didn't find the time. So for 2011 I will be posting here twice a month.

What kept me so busy? You can view some of my favorite shots from 2010 here and my 2010 wedding photo highlights here.
You can also find me on Facebook. Stay tuned the next post will be coming soon...

Posted by Brian Callan at 12:34 PM No comments: