A Chip Off The 'Ol Block 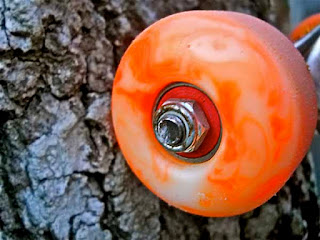 Finding inspiration and creativity, whether shooting or writing this blog, can sometimes be tough to come by. As the end of the month approached, I still hadn't come up with a topic for this blog post. Then I found a bit of a muse while editing some skate photos. I decided to write about being inspired by others.

A buddy of mine asked if I'd come over and shoot a few images of him skating so I grabbed my gear and I headed over there. As we were shooting his daughter came outside with her camera and started taking some photos around the backyard. At 11 years old, she is quite the young artist (having won local awards for her artwork) and has an eye for photography.

There was a break in the action while my buddy was taking a rest and his daughter came over to show me some of the photos she had taken. The photo at the top of the page is one she shot. When I saw the photo on the back of her camera I said to her, "I wouldn't have seen that. That really is a good picture. I like it!"

I really wouldn't have seen that photo, because I was focused on shooting the action of skating and not really the little details that were around. When the action stopped during the break, I stopped shooting. Now if had it been a wedding or something of the sort, sure, I'd have been able to find those photos to take. It really reminded me not to get so focused on one thing when I'm shooting for fun...or anytime really. It was a moment of realization and inspiration for me and it didn't come from a pro teaching a workshop, it came from an 11 year old in her backyard.

In her case, she's a chip off the 'ol block because her father has been a talented artist for many years and has been snapping photos for just as long (below is one of his photos). It is great to see those interests and talents carried on within their family. If she continues on this path, it may not be too long from now that she's showing a gallery of her artwork or photography...or both! Keep up the great work Hailey, your folks are certainly proud of your talents and for good reason! 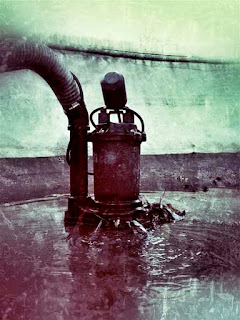 Inspiration and creativity come easily for some and others have to work at it. Sometimes you have to keep in mind that being too focused really limits your creative possibilities. Inspiration is key to making pictures, whether it comes as an "ah-ha moment" or from the work of an 11 year old, take heed as you just may find something you weren't looking for. 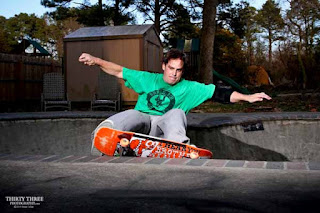